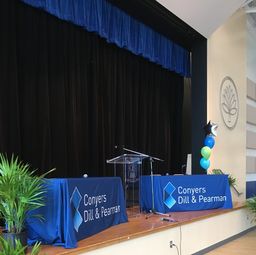 The ARC and classrooms around CIS were brimming with energy as students debated the assertion: Be it resolved that after meeting their basic needs, individuals have a moral responsibility to donate their wealth towards poverty alleviation. CIS students were in fine form as they competed against 60 other students from around Cayman and took home top positions in both the Open Division and the Novice Division. 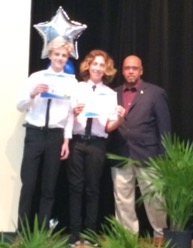 The Open Division was dominated by CIS students.  Two CIS teams competed head to head in the final debate.  Charles S. and Richard W. came a close second to Marin H. and Sadie F.  They were judged by Madam Justice Marlene Carter, a judge of the Grand Court of the Cayman Islands. 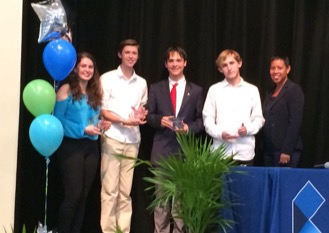 The team would like to thank their visiting coaches Ruth H., Craig F., and Fraser H. for their expertise and guidance.

The top two teams in the open division were invited to join Jason Howard and Teri Lynne on their Z99 morning radio show.  They debated why chicken patties were better than beef patties.  CIS brought forth a compelling argument based on environment, physical health as well as the convenience of chickens! 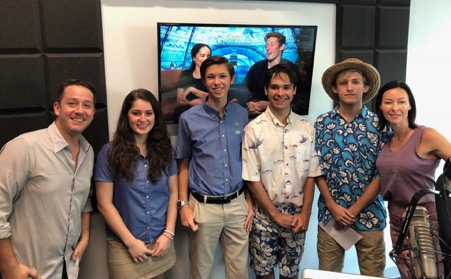