CIS sent 6 teams to the Primary TAG Rugby tournament held at the Rugby Club on Tuesday.  This was the first time we have entered the event, and the students had a blast!  Students have been playing TAG in PE lessons and had an opportunity to put into practice all of the skills they have learned.  All of our teams played in the semi-finals and we had 3 teams make it through to the final.  Grade 4 boys narrowly went down to Cayman Prep in a hard-fought game.  Grade 5 boys played great all day and also went down to Prep in the final.  The Grade 5 girls played St Ignatius in the final, after losing the preliminary match against St Ignatius, the girls dug deep in the final and managed a 4-0 win to take home the trophy.  Well done to all players! 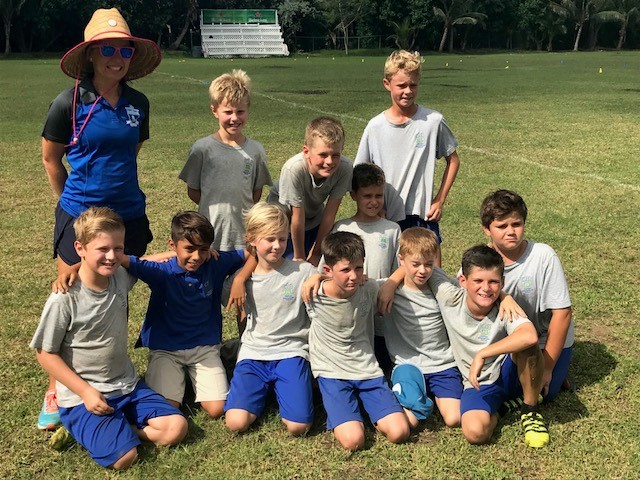